Story from Family and Friends:

On July 5th, the biggest part of our hearts, Michael Mccrary, left this world. We are no longer whole. We are in utter disbelief and broken. He fought so hard for the last 6 months to rid his body of cancer AND succeeded, only for his heart to give up on him. The world is not fair and it has taken the strongest man we know. Hug your loved ones and always tell them how much they are loved because tomorrow is never promised. We love you, Dad.
July 5th will forever be #M5 day.
M5You Will Be In Our Hearts Forever
Service Details: 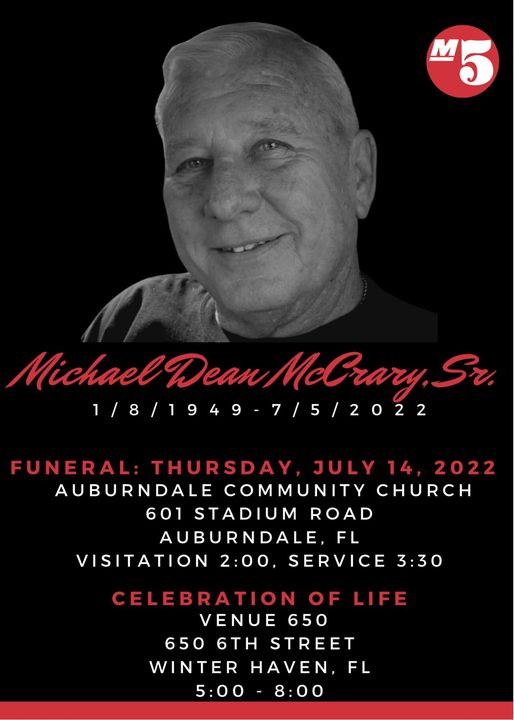 Michael Dean McCrary, Sr. “M5” entered into eternal rest on July 5, 2022, surrounded by his loved ones. Over the past six months, he battled AND defeated cancer, only for his heart to give up on him. Of course, his heart had nothing left to give as he was always selflessly sharing it with others.

Michael was born January 8, 1949, in Lima, Ohio, where he was also raised. After high school, he moved to Miami, Florida, where he lived over the next 14 years. He was an avid racer, opening “Mike’s Place”, a tavern, where competitors and fans alike would gather for friendship and to recap the evening’s racing festivities. During his racing career, Mike earned countless wins and titles at local tracks across the United States, both as a driver and car owner. In addition to his impressive resume behind the wheel, Mike was also a successful team owner, who was often referred to as the “Rick Hendrick of the South” because so many notable racers drove his cars. He was the first Ed Howe racecar distributor and McCreary racing tires dealer in South Florida and the 1976 Marion Edwards Memorial Champion. Combining his entrepreneurial spirit and his passion for racing, Michael also became the official fuel and apparel vendor for the USAR Hooters Pro Cup Series in its infancy. His love for racing makes perfect sense, it combined his favorite things; the feeling of family, camaraderie, togetherness, and the mischievous spirit of competition.

After moving to Central Florida in 1981, he married his wife, Marilyn, and they began a wrecker service that is still in operation today. Together they also built a subdivision in Davenport. He was a Certified Flight Instructor, Boat Captain, and multi-term President of the Auburndale Rotary Club.

Michael held many titles, but “Dad” was among his favorites and has always considered his family to be his greatest accomplishment. Not only did he raise his own children, Michael Dean II, Michael James, Michelle, Jake, Misty, Melissa, and Matthew, but he was also a fatherly figure to many that others had given up on. He shared his knowledge, compassion, and love with them all as if they were his own. His loyalty was second to none and if Mike was your friend, you had a friend for life. You also had someone to push you, stand up for you, surprise you with your favorite things, and purposely push your buttons at the same time. Everyone that knew him was better because of it. May his death be a reminder to us all to always tell people how much you love them and that your family is of the utmost importance.

He was preceded in death by his son, Michael Dean McCrary II, his father, Kenneth Emerson McCrary, and his mother, Patricia Ann (Roberts) McCrary. 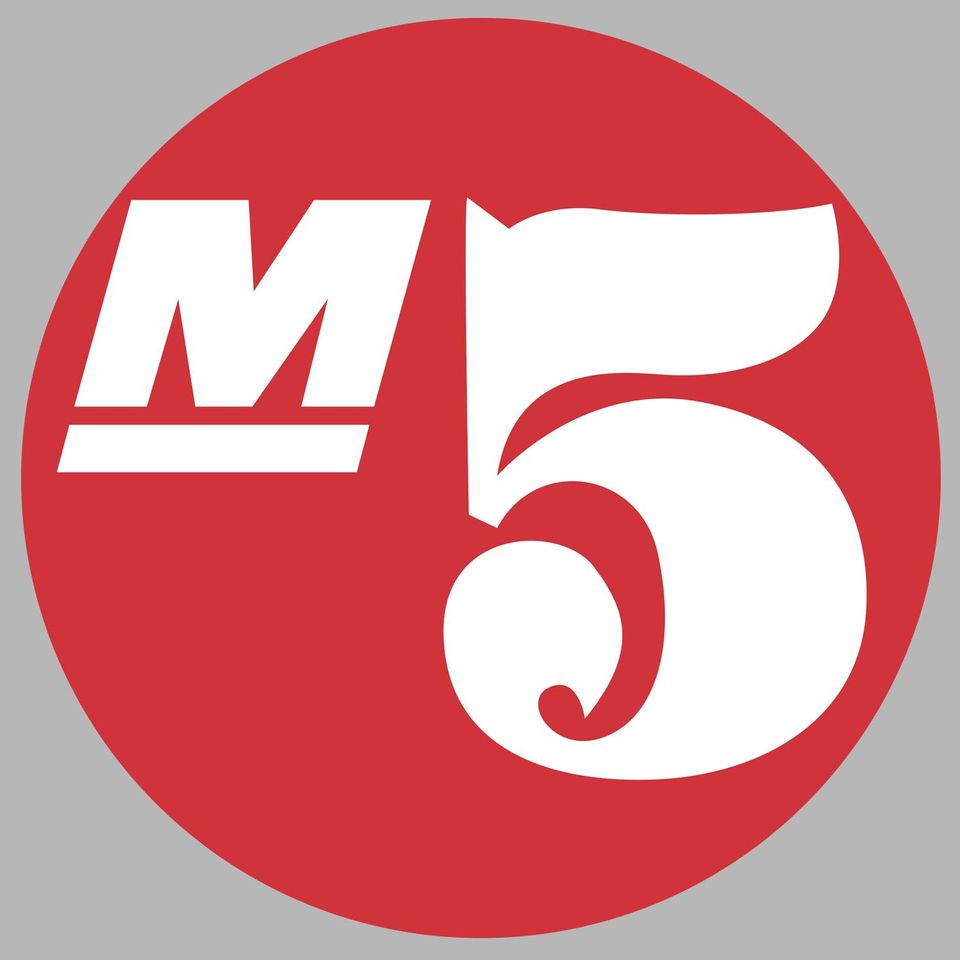 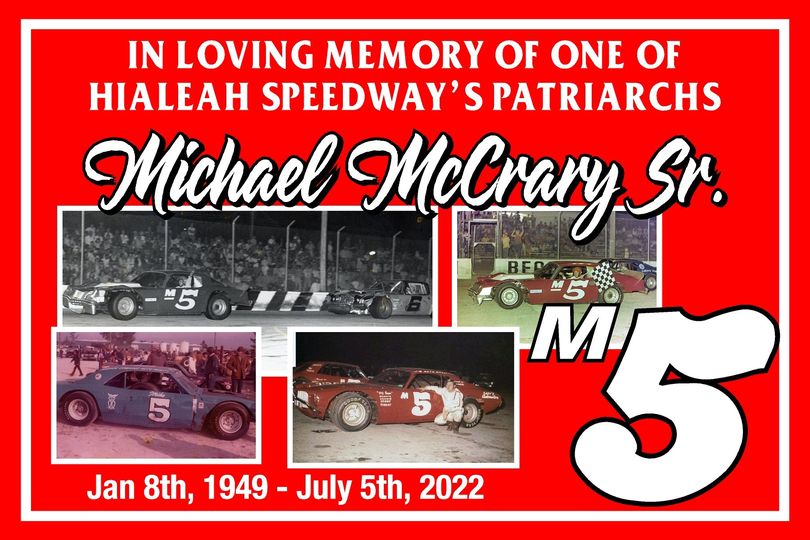