Saturday night was one for the memory books for many involved in racing as Chad Rutherford parked his Tommy Styer scheme in victory lane for the first time!! Since the unexpected death of Tommy, Chad had even more of a desire to win one for his best buddy. There was not a dry eye in the place seeing that car in Victory Lane.
If you don’t know Chad Rutherford, he is one of the nicest in the pit area with huge roots in our race. Hialeah was well represented in Victory Lane photos.
To quote Ronnie Bacelo ” To say I’m beyond proud is an understatement. This young man I have watched from a young kid to the stand up man he is today. Chad Rutherford has followed in his father’s footsteps for years chasing his racing dreams. There isn’t another guy in the pits with more of a big heart than this guy, Chad would and has helped alot of people in and out of racing. To watch him win his first sportsman race last night was beyond awesome. To see all the old Hialeah Speedway racers that I grew up watching be a part of it made it that much more special. Donnie Rutherford, Jimmy Bilton, John Wilson, Joe Winchell, Danny Quinones just to name a few. The hard work and never give up attitude showed last night, Chad took his battered up machine from deep in the field and scored the 100 lap race. To say I wasn’t a little emotional would be a lie. Congratulations to Chad Pierce, Sean Bass and everyone back at the shop, you guys bust your asses and it shows. I know for a fact Tommy Styer was smiling down from up above and is super proud as well.”

To quote teammate Joe Winchell “Chad cares more about others having a good time than himself. I’m very proud of him and even more proud that he schooled me on that restart for the win…. I could go on all night about him”

All of us at Sunshine State Racing want to congratulate Chad on your win and thanks for all you do for our sport and other racers!! 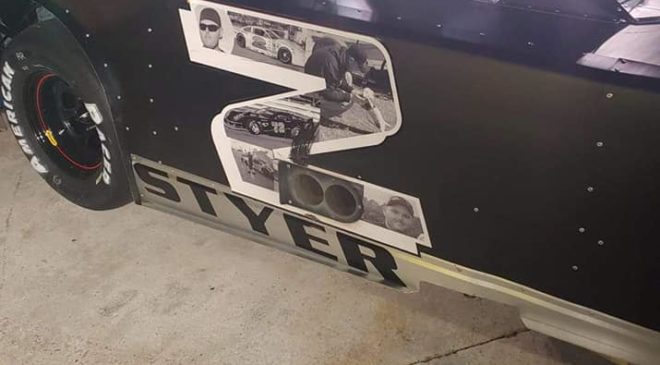 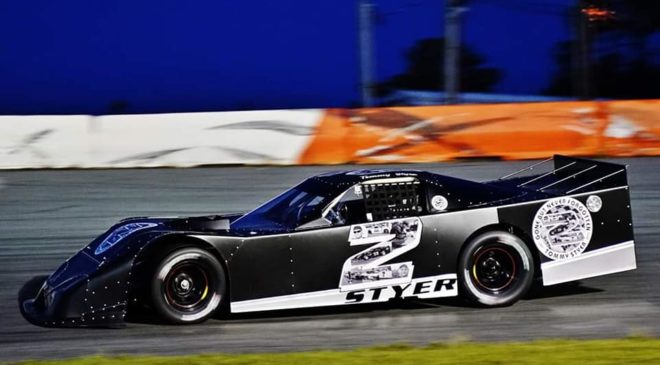 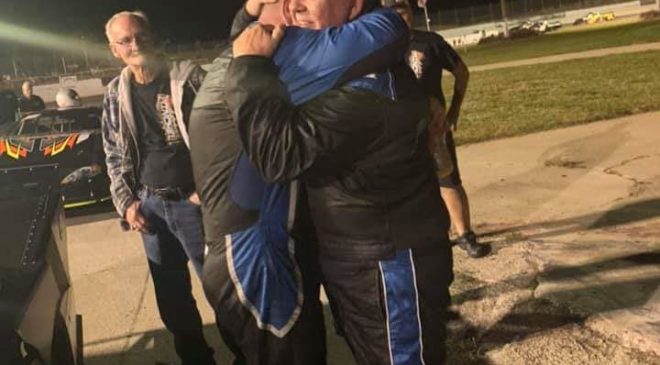 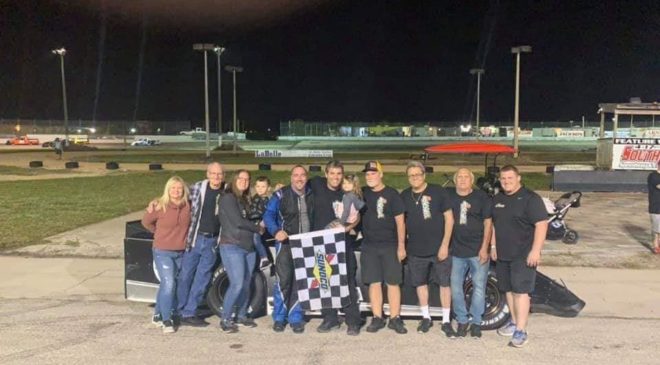 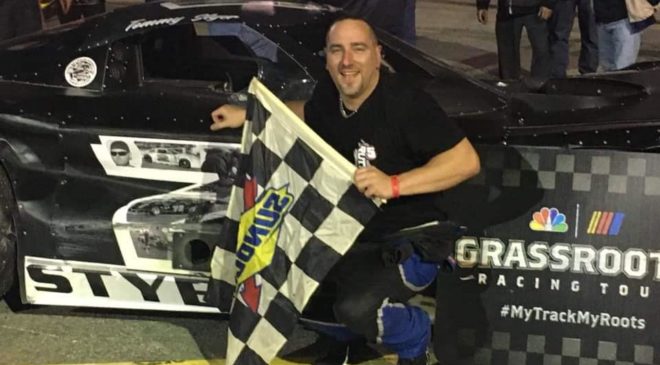