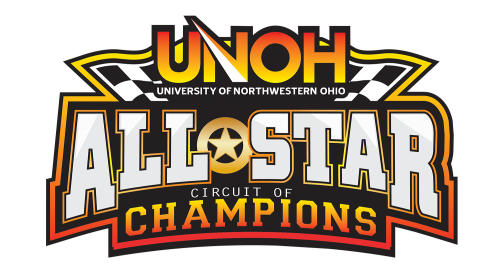 While the schedule began in February with five non-points events in Florida between Bubba Raceway Park in Ocala and Volusia Speedway Park in Barberville, races counting toward the season-ending championship get underway in late March.

The kickoff race for the 2015 All Star Circuit of Champions Sprint Car Series is March 28 at Atomic Speedway in Waverly, Ohio. The series will remain in Ohio the following weekend with back-to-back events April 3-4 at Attica Raceway Park and April 18 at Wayne County Speedway in Orrville.

“The schedule we put together for the 2015 All Star Circuit of Champions Sprint Car Series is filled with great venues on a timeline that works well for our participants,” Stewart said. “Our first five events in Florida went off extremely well and we look forward to carrying that momentum into Ohio with our first point-paying race at Atomic Speedway.”

After its slate of races in the Buckeye State, the All Stars visit Pennsylvania for five consecutive events beginning April 19at Bedford Speedway. The series traverses Pennsylvania through the first weekend in May with stops at Williams Grove Speedway in Mechanicsburg, Port Royal Speedway (Bob Weikert Memorial $15k to win), Lernerville Speedway in Sarver and Mercer Speedway.

The month of May continues with the All Stars’ lone visit to Indiana where the tour will race May 22 at Plymouth Speedway before returning to Ohio for two events at Fremont Speedway and single-night events at Wayne County Speedway and Millstream Speedway in Findlay.

Four races in Pennsylvania follow, with a June 11 race at Canandaigua (N.Y.) Motorsports Park sandwiched among them as teams prepare for Ohio Sprint Week June 19-27.

Ohio Sprint Week will again kick off the summer stretch with stops at Attica, Eldora Speedway in Rossburg, Waynesfield Raceway Park, Wayne County, Sharon Speedway in Hartford, Atomic, Fremont and Limaland Speedway in Lima before closing out with a $10,000-to win-show at Fremont.

The All Stars will continue the summer months with a strong presence in Ohio, along with annual stops in Michigan and Wisconsin.

As summer turns to fall, the transition is highlighted by two iconic races at Port Royal – the Sept. 11 Night Before The 50 and the 48th running of Tuscarora 50 Sept. 12.

The All Star season winds to a close with events at Fremont Sept. 18-19 before the season finale Oct. 10 with the UNOH Sprintacular at Eldora.

The complete schedule can be found HERE

Membership agreements for participating owners and drivers will be available in the coming weeks.

Competitor, media, promoter and sponsorship inquiries should be directed to allstars@tonystewart.com.