Kligerman to Pilot No. 7 Toyota Tundra Beginning at Michigan 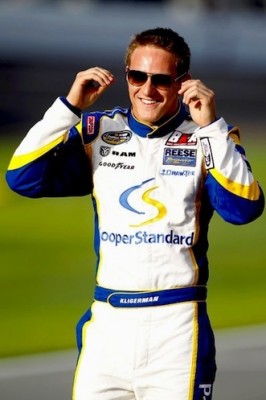 Mooresville, N.C. (August 9, 2012) – Red Horse Racing announced Thursday morning the addition of Parker Kligerman to the organization’s driver lineup. Kligerman will make his first appearance in the No. 7 Red Horse Racing Toyota Tundra next Saturday at Michigan International Speedway for the NASCAR Camping World Truck Series VFW 200.
Kligerman, hailing from Westport, Connecticut, began his competitive racing career in two-stroke go karts at the age of 13. A successful open-wheel racing resume helped boost him into the next level in 2008, making his first career stock car starts in the ARCA Racing Series. Kligerman then moved on to compete full time in that same series the following year, amassing a series-leading nine victories en route to the Rookie of the Year title and a runner up finish in the championship point standings.
Since making his first NASCAR Camping World Truck Series (NCWTS) appearance in 2010, Kligerman has posted six top-five and 16 top-10 finishes in 37 career starts. The 22-year-old currently sits sixth in the NCWTS championship point standings, 35 markers behind leader and teammate, Timothy Peters.
“When you look at truck series teams right now, there’s no doubt Red Horse Racing is definitely one of the top organizations. I’m really excited to make the move here with the support of Tom DeLoach and everyone at this team to see how we can help the team and be successful. It sounds so cliché to say I’m excited, but it’s the only word to say because it perfectly describes what I’m looking forward to doing, and that’s winning in these trucks,” Kligerman explained.
“I feel like Red Horse gives you the best equipment they can and at the end of the day that’s all you look for as a driver; the actual chance to win, not just the trophy. So it’s our job now to go out there and get the trophy and I feel like this is a place I can do that.”
Chad Kendrick, who led the No. 7 Tundra team to victory in the season-opening NCWTS event at Daytona, will call the shots for Kligerman. Kendrick, in the midst of his fourth year in the crew chief position, first came to Red Horse Racing in 2009 with Timothy Peters and collected one win, five top-five and 13 top-10 finishes. He returned to Red Horse at the beginning of 2012 and will return to the track with Kligerman at Michigan.
Red Horse Racing is in its eighth year of NCWTS competition, also fielding the No. 11 Tundra for Todd Bodine and the No. 17 Tundra for Timothy Peters. The Mooresville, North Carolina-based team has recorded eight total victories since its inception, along with seven poles, 57 top-five and 114 top-10 finishes. With three wins to date in 2012 and Peters atop the series point standings, Red Horse Racing has maintained a consistent presence near the front of the field and looks to continue building upon success with the addition of Kligerman.
“Things happen quickly in the racing world. We were busy getting trucks ready to race in Michigan and received a call from Parker, asking if we can get another entry ready. Parker has impressive credentials and we believe he is an emerging talent so we readily agreed and began preparations,” said Red Horse Racing Managing Partner Tom DeLoach about the new driver of the No. 7 truck.
“Now Chad and all the guys back in the shop are going to be back at the track and we are confident we’ll be ready with three strong entries in Michigan next weekend.”
Tweet