NASCAR Weekend Next Up For Southern All Stars 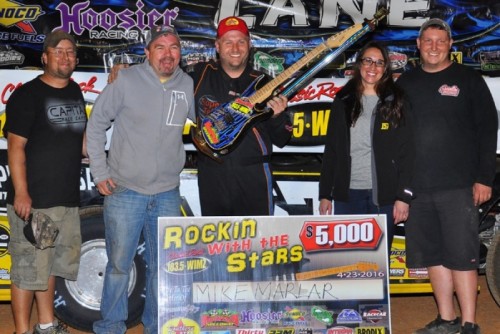 “NASCAR weekend is always a big weekend for many drivers and fans of the series’ said Lynn Acklin GM of the series. “It seems we always have a few surprises show up at Talladega and I am sure that this weekend will be no different.”

Brad Skinner of Spring Hill, TN., Jim Roger of Statesboro, GA., and three time Southern All Stars Champion Riley Hickman of Cleveland, TN., lead the Southern All Star into the fifth event of the season. Skinner and Rogers are both competing with the series for the first and also running for the Cruise with the Champions/Dirtondirt.com rookie of the year battle, while Hickman is trying to get his fourth series title and try to tie the only other four time champion Clint Smith,

Other driver that have indicted their plans on attending include Todd Morrow of East Ridge, TN., Ahnna Parkhurst of Evans, GA., 2015 series rookie of the year Dillon Tidmore of Glencoe, AL., Ronnie Johnson of Chattanooga, TN., Jake Knowles of Rome, GA., Austin Kirkpatrick of Ocala, FL., plus many more drivers from across the southeast.

The program will consist of White Performance qualifying, PPM Racing Products B Mains and the 40 lap main along with a full racing program including the Nesmith Crate Late Model Series.

Friday night April 29th Talladega Short Track will host their own $2,000 to win super late model event along with another full racing program including the Nesmith Crate Late Models.

CRUISE WITH THE CHAMPIONS/DIRTONDIRT.COM ROOKIE OF THE YEAR: 1.Brad Skinner 312; 2.Jay Rogers 280