This author has not yet filled in any details.
So far Scott has created 496 blog entries.

Mother Nature finally gave Volusia Speedway a break on Friday Night, however it looked like there would still be no racing at the Worlds Fastest Half Mile as the power failed just as the hot lap sessions were coming to a close, Clay Electric needed to be called in to trip a transformer so the power problem could be repaired and after a 2 1/2 hour delay, the power was restored and after consulting the drivers, track operator Ken Sands said lets get this show in, the first heat race kicked off at 10:15 and the final checker flag fell at 11:50, a tribute to Sands’ Volusia staff and to the drivers who elected to stick out the delay & thanks to the fans who were very patient and understood and were not disappointed with some exciting racing. END_OF_DOCUMENT_TOKEN_TO_BE_REPLACED 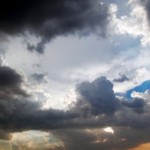 August 20th, 2011 – 6:25 p.m. – The rains came around 5:00 p.m. and continued enough to force East Bay Officials to cancel tonights events. The next scheduled night of racing is September 3, 2011 with Late Models back in action. Along with them will be the East Bay Sprints, Street Stocks, Motorstats.com 4 Cylinder Bombers, Dirt Daubers, and the Popular Fan Participation races. Don’t forget, August 25th is open practice for all classes from 6:00 – 9:00 p.m. Grandstand Admission is FREE to watch.  If you have any further questions, please feel free to contact the office Tuesday thru Friday

August 20th, 2011 – 6:25 p.m. – The rains came around 5:00 p.m. and continued enough to force East Bay Officials to cancel tonights events. The next scheduled night of racing is September 3, 2011 with Late Models back in action. Along with them will be the East Bay Sprints, Street Stocks, Motorstats.com 4 Cylinder Bombers, Dirt Daubers, and the Popular Fan Participation races. Don’t forget, August 25th is open practice for all classes from 6:00 – 9:00 p.m. Grandstand Admission is FREE to watch.

If you have any further questions, please feel free to contact the office Tuesday thru Friday.

Lake City, Fl. – On an action packed night of racing that featured the annual tradition of sending the local students back to school with new backpacks filled with supplies five drivers scored feature event wins. Open Wheel Modified action saw Donnie Hall collect his second win in his last three starts. Adam Bedenbaugh returned to familiar territory in victory lane at the end of the Late Model race and Chris Pacetti did the same in Florida Mini Sprint Association action. Nevin Gainey took Strictly Stock honors and Bobby Denard finished up the nights racing with a win in Box Stocks.

Open Wheel Modifieds were the first feature to roll onto the speedway and the field would take two laps in memory of P.J. Wiggins. Steven Skipper would pace the field in his number twenty five Late Model for the memorial laps and the pole position was vacant in honor of the missing number twenty five Modified. As Steven Skipper pulled the honorary pace car off the track Chief Starter Kyle Wiggins would get ready to turn the field loose. At the drop of the green flag Steve Whitener would take full advantage of his pole position starting spot and grab the early lead over Gary Sexton. Caution would wave with one lap complete for the spinning cars of Cody Garner and Kyle Arvin. The next run of green flag laps would prove to be the turning point of the race. First the runner up car of Gary Sexton would make contact with the wall coming off turn two. When the race resumed Whitener would now have Donnie Hall giving chase. But Hall would not have to chase for long as Whitener would slow on the front stretch and roll into the pit area handing the lead to Hall. Point leader David Crews Jr. would move into the runner up spot and try and find a way by the race leader. But Hall was in the lead to stay and he would be the first car to pass under the checkered flag being waved by Kyle Wiggins.

The front row of the Late Model field would be the same as the last race with Mark Whitener on the inside and Adam Bedenbaugh to his outside. And in a replay of the last race it would be Bedenbaugh getting the advantage when the green flag waved. As the leaders put the first lap in the book a three car incident further back in the field would bring out the first of several cautions. This would make it difficult for the field to get a rhythm going. With the numerous restarts Bedenbaugh would give Whitener a look to the inside but he could not find the momentum he would need to overtake the leader. Once things settled down and the field got some consecutive green flag laps in Bedenbaugh would hold on to a comfortable advantage. But the race leader would have one more challenge ahead of him and and that would be a three wide battle at the end of lap sixteen between with himself, Whitener and a lapped car. Once successfully negotiating this obstacle Bedenbaugh would see the familiar sight of the checkered flag and another win for the 2010 Late Model champion.

The Florida Mini Sprint Association always provides entertaining races for the North Florida Speedway fans and they didn’t disappoint anyone this time. With the drop of the green Darrin Davis would take the early lead and then on lap three Gavin Thomas would emerge as the race leader. After sizing Thomas up Davis would wage an attempt to take back the lead on lap seven but then Chris Pacetti joined the fray and would be the leader at the half way mark. A red flag for a flip by John Moss would be the only thing to slow down Pacetti’s march to his second straight win.

Doran Cheney would jump to the early lead in Pure Stock action and pace the field for the first six laps. While looking strong at the front of the field Cheney would see Nevin Gainey go by on the outside on lap seven. One lap later Cheney, Jerry Fortner and Brent Zimmerman would tangle in turn four and Cheney and Zimmerman would suffer extensive damage to their cars and their night would be over. Shane Taylor would suffer some damage to the right side of his car but would be able to continue on. Taylor would spend the rest of the race stalking Gainey and on the last lap he would try both the inside and outside of Gainey but his efforts would come up  short.

The Box Stocks would be the last division to hit the clay and after the first attempt at green was a no go Bryar Zimmerman would lead the first two laps. Lap three would see Bobby Denard move to the lead and from there he had a clear path to the finish. A heated last lap battle for second between Zimmerman and Billy Wilson would see Zimmerman taking second and Wilson facing the wrong way on the front stretch.

TOP TEN IN POINTS ALL CLASSES

Orlando FL – 8-17-11 – The “Save the Trucks” Pro-Truck Triple Crown will now also have a three race series for the rookie trucks.

“The young drivers from Punta Gorda Speedway, the already competing rookie trucks at both Auburndale and Desoto Speedway’s are invited to compete for their own Triple Crown Championship. There will not be a purse for these three events, Trophy only. They will however receive points in the same manor as the Pro-Trucks for there three races. They will have a Champion who will receive a champions shirt, and other possible contingencies may be announced.

They will qualify and run before the Pro-Trucks at each event. This is for the young drivers and the drivers with little experience that are already been competing in in the events of 2011 at the tracks mentioned. If you have questions of approval please call Rick Bristol 407-497-0448.

The driver with truck will be admitted free at each track, any other crew etc, pays regular pit admissions. If you have further questions contact Rick Bristol by phone or e-mail at rbmini68@aol.com.

Open Wheels return for twin 35s at Punta Gorda and the price is still $10.00

Tickets are still a low priced $10 for adults, $8 for seniors with 12 and under FREE:  the best deal around for a Saturday night full of exciting racing for the entire family, so bring a friend.

Gates open at 5PM with racing around 6PM. Don’t forget to make a pit stop at the concession stand with the awesome “Big Daddy” Pork Tenderloin sandwich that will take you to the finish line and lots of other great food and ice cold drinks too.

For more info visit Puntagordaspeedway.com or Facebook under Punta Gorda Speedway. Make your plans now and we will see you at the races!!!!

The LLOAR Annual Luncheon will be held on Saturday, November 5, 2011 at Carrabba’s Italian Grill.  The luncheon will begin at 12:20pm.  Carrabba’s is located on International Speedway Blvd., across from the Daytona Speedway.  Tickets for the event are $15.00 each.