North Florida Speedway Sold, but sod to someone who will keep it a Race Track

North Florida Speedway Sold, but sod to someone who will keep it a Race Track

To all our NFS Family(racers and fans). I’m saddened to say we did sell the track. Some of you will be happy. Let’s see who can say they raced as much as they could, even when it rained all day. NOBODY can say they did it for you. Less then 30 rainouts in 16years with racing every week til the last few years. Rant over. FYI, 5 weeks ago there was no deal as buyers funding wouldn’t go through, just like a time or two before that. Most of the intended buyers wanted the land to put homes on it and accross the street. Most offers very lucrative. We wouldn’t just sell for that reason, we took less to make sure it would stay a racetrack, heck in 2 weeks we will be a thing of the past. We didn’t start this journey 16 years to see the doors closed and homes put up. Tom and his wife approached us several times, for well over a year or more. Deal is done. We planned on continuing to help with operations (when avail) if needed. However, we both agreed to allow liz and myself to have a conversation with both our team of workers and racers this weekend. Didn’t happen. With that being said we will communicate and make our decision in the next day or two. Reason for selling. You don’t just open on sat and go or I’d still be doing it. You have lawns to cut, trucks to maintain, etc etc. We have children that we never see on weekends. We have a son that plays travel ball and we depend on his gram to take him to his games all over the state. We have a daughter (Ronnie please pay your child support) that’s on a swim team. That’s just not fair To them. We live 2+ hrs away. We will help a few tracks as time permits. You will see us again in the drivers seat running/owning a track closer to home in the future. You will also see us funding a car or two, waive as you go bye. Some won’t get that either. We want to thank so many people that helped us be successful for so many years. We will be calling each and everyone of you to thank you. Thank you to team NFS workers who give up precious time to give you all a place to play. Thank you to those special racers and fans that no matter what you stuck with us week in and week out.
Sorry again on how this transpired, Liz & Phil. 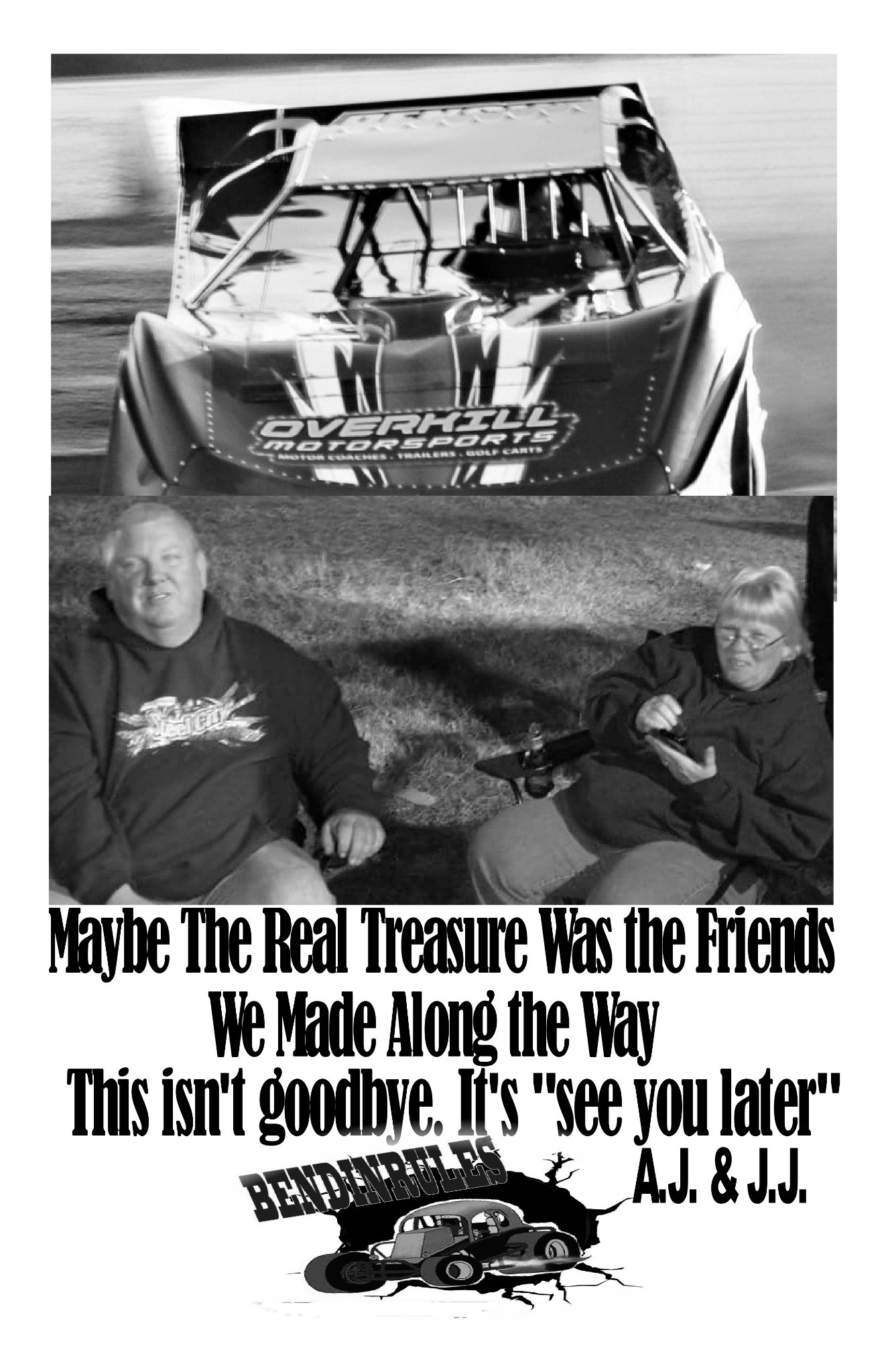