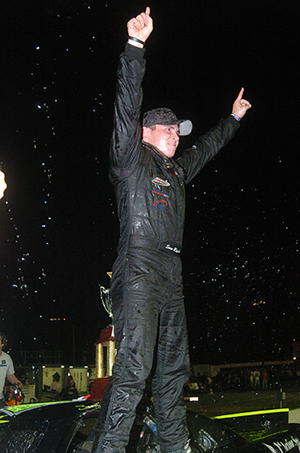 Hendersonville, NC (7/30/12) –Sean Rayhall and his team under the guidance of Tom Pistone celebrated for the first time in UARA-STARS Victory Lane following the Racing Electronics 150 event at Caraway Speedway Saturday, July 28th.  Rayhall’s win was certainly what the young driver needed as he still physically recuperates from his big legends wreck in June.

Caraway’s former 4-time track Champion Travis Swaim jumped out front early and led the majority of the race, awarding him Tilton’s Most Laps Led Award.  After qualifying second, Rayhall floated in the top five for the entire race. When it was coming down to crunch time Swaim got the jump on Rayhall at the restart of the second to last caution. The two were neck-in-neck after the first lap, but once Rayhall got out front it was smooth sailing on his part. END_OF_DOCUMENT_TOKEN_TO_BE_REPLACED

UARA-STARS Back in the Carolinas

Hendersonville, N.C. (7/23/12) – After the action-packed Jeff’s Auto Sales 150 at Newport Tennessee two weeks ago, the UARA-STARS are coming back to the Carolinas for the Racing Electronics 150 at Caraway Speedway Saturday July 28th.   This will be round one of a UARA triple header.  Following the Caraway event this weekend, the STARS will follow that up with a race at Concord on August 4 and then turn right around for an event at Tri County on August 10th. 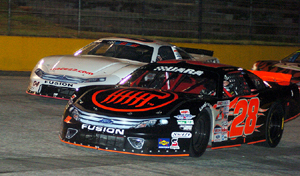 Caraway Speedway has not been on the UARA schedule since 2008 at which time Rookie Darrell Wallace Jr. won his only UARA event.  Wallace continued his season to win the UARA Rookie of the Year title.  The first visit to the 13 degree banking asphalt oval was in November 2007 in a controversial event full of excitement, hot tempers and the UARA championship on the line. END_OF_DOCUMENT_TOKEN_TO_BE_REPLACED