What at night at East Bay Raceway Park where 30 Dirt’s 4 Racing Street stocks showed up to take home the win in the Gary Gay memorial, but in the end Tim Powers would end up in Victory lane.

What a great race! Thank you to the 30 street stocks that made the call tonight to honor Gary Gay. We had our second bmain this season amazing! Thank you to our fans, drivers,crews, and Eastbay. Congratulations
Tim Powers on your second consecutive win for this race. It was a three way battle Brian Morgan, Tim Powers, and Tim Gay battled for first most of the race! Watch the replay it was a great race!

Full Replay of race below:

Here is the race replay for the Dirts 4 Racing Gary Gay Memorial at East Bay Raceway Park! We apologize for not getting it live, as the cell signal decided at the drop of the green to stop working. But luckily we were recording and can post this in it's full resolution 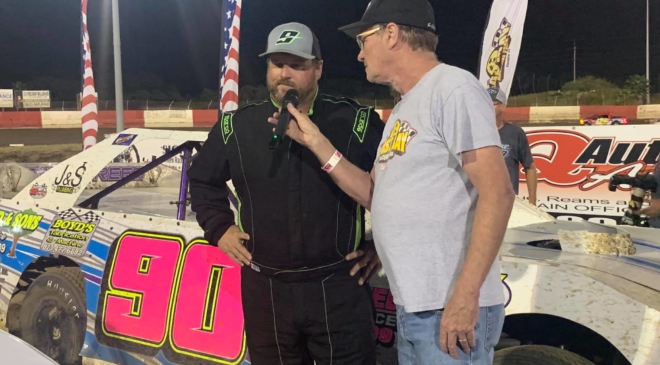 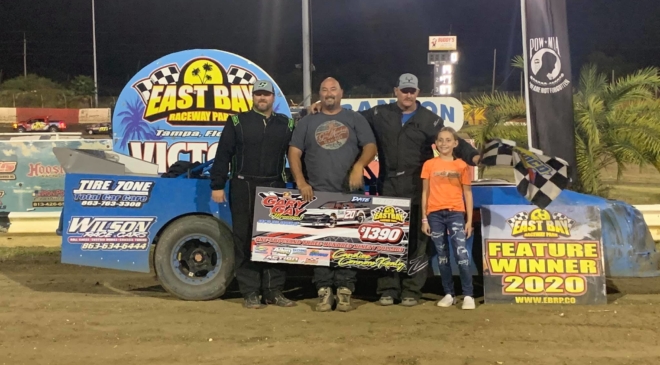 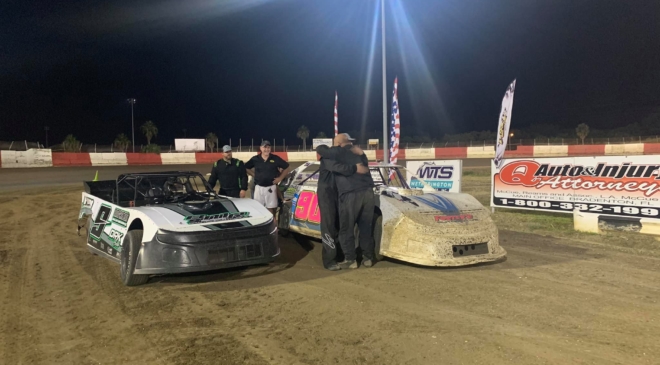