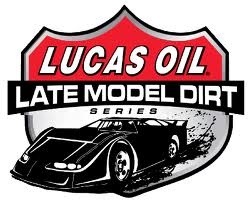 WAYCROSS, GA (April 15, 2013) – The Lucas Oil Late Model Dirt Series will head east this weekend to three tracks, all ready to host some very exciting racing action. The three (3) race swing in the Appalachians include three one-day events, each paying $10,000 to win Beginning Friday April 19th, Saturday April 20th, and concluding Sunday April 21st. A strong representation of LOLMDS traveling stars, along with an always-stout group of regional drivers will provide an exciting weekend of racing.

On Friday Night, April 19th, the LOLMDS makes its third appearance at the Rick Jones-promoted Roaring Knob Motorsports Complex in Markleysburg, PA. Scott Bloomquist of Mooresburg, TN has taken home the win in both previous appearances by the LOLMDS at the 3/8th mile oval. Bloomquist coming off a runner-up finish at LoneStar Speedway in Kilgore, Texas is a strong favorite again at the Knob. Bloomquist will have to battle a strong field of talented drivers to earn his third LOLMDS victory at Roaring Knob Motorsports Complex. There will be a complete show on Friday night April 19th with RED BUCK Time Trials, Heat Races, B-Mains, and a $10,000 to win 50-lap feature event. Joining the Lucas Oil Late Model Dirt Series at Roaring Knob will be the newly-formed RUSH Late Models paying $2,000 to win.

On Saturday Night, April 20th, the series heads further east to the “Capitol of Dirt Racing” Hagerstown Speedway in Hagerstown, MD. The Frank Plessinger-promoted ½ mile race track will host the nation’s best dirt late model drivers for the eighth time in series history. An impressive streak of seven different winners in seven races at Hagerstown is on the line. John Blankenship won the last LOLMDS event at Hagerstown last year with an impressive drive to the front from his 17th starting position. Blankenship and the other stars of the LOLMDS will have their hands full with a stout field of drivers that compete at Hagerstown Speedway on a regular basis. The 32nd Annual Stanley Schetrompf Classic will include a complete show on Saturday night April 20th with RED BUCK Time Trials, Heat Races, B-Mains, and $10,000 to win 50-lap feature event. Joining the LOLMDS will again be the RUSH Late Models, paying $2,500 to win.

To cap off the weekend, the Lucas Oil Late Model Dirt Series will return to the newly-shaped West Virginia Motor Speedway in Mineral Wells, WV for the first time since 2010. The Sunday night April 21st event on the renovated 4/10ths mile track will be the sixth time the series has been to WVMS. There will be a complete show on Sunday night April 21st with RED BUCK Time Trials, Heat Races, B-Mains, and $10,000 to win 50-lap feature event. Also on the race card will be a $2,000 to win Renegades of Dirt traveling modified series and a $350 to win main for the Edge Hot Rods.

West Virginia Motor Speedway has teamed up with Pivotal Racing to add convenience for race fans to kick off their 2013 season, offering online tickets for the Lucas Oil Late Model Dirt Series event on Sunday April 21st. Race fans can pre-purchase General Admission Grandstand Tickets for $25 each, Pit Passes for $35 each, or save $20 by purchasing a four-pack General Admission ticket. Fans can purchase securely online with credit or debit cards and print out their tickets from the convenience of home and bring to the track. Tickets can be purchased online by clicking the following link:http://pivotalracing.com/events/lucas-oil-late-model-dirt-series.

“The series is looking forward to the upcoming three (3) race swing into the Appalachians. All three tracks will provide some exciting racing action for the great fans in those areas. Having three races on the same weekend will give fans an opportunity to travel and camp out with us at all three venues, and enjoy a great weekend of racing and entertainment,” stated Ritchie Lewis, Series Director.

Don O’Neal of Martinsville, IN will lead the contingent of Lucas Oil Late Model Dirt Series stars into the three-race swing. O’Neal will be sporting the Keyser MFG, Day-Glo Orange spoiler as the current series point’s leader on Friday night April 19th. Dennis Erb Jr. of Carpentersville, IL is currently second in the Lucas Oil Championship Standings. Two-time and reigning series champ, Jimmy Owens of Newport, TN is coming off of his second win of the season last Saturday Night at Lonestar Speedway in Texas and is third in points followed by leading JRi Shocks Rookie of the Year Candidate, Bobby Pierce of Oakwood, IL. Rounding out the top-five is Steve Francis of Ashland, KY, who drives for NASCAR’s Clint Bowyer.

Follow the series on the social media outlets at www.facebook.com/lucasdirt  andwww.twitter.com/#!/lucasdirt.

For more information about each race track and to purchase tickets for the LOLMDS events next weekend visit the specific tracks websites listed below and or call each track office phone number listed.

The LOLMDS tire rule for each track is listed below for each event.