Back to America’s Heartland 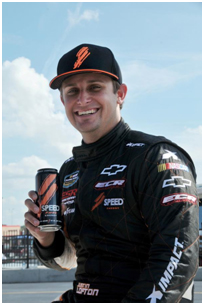 Justin Lofton and the No. 6 Lofton Cattle team will return to Iowa Speedway after finishing fifth in the NASCAR Camping World Truck Series (NCWTS) race at the 0.875-mile speedway just two months ago.  Lofton rolled off third in the American Ethanol 200 and spent the majority of the evening racing inside the top five as the Lofton Cattle team utilized caution periods to fine-tune the handling of their Chevrolet.  Racing in a three-wide pack with just over 30 laps to go, Lofton was forced off the throttle and lost a few positions as a result.  However, the championship contender methodically hunted down his competition and raced through the field to score a fifth-place finish in just his third NCWTS start at Iowa Speedway.

From the Driver’s Seat

Justin Lofton Quotes… On racing hard at Iowa Speedway:  “I ran well at Iowa in July, so I’m looking forward to getting back there.  I’m focused on contending in the championship hunt.  As a team, we have all been working to improve on the things we can control and everything else should fall into place from there.”

From the Pit Box

Dan Bormann Quotes… On racing with the No. 6 Lofton Cattle Chevrolet team in Iowa:  “We’re taking the same truck that we raced earlier this season at Iowa Speedway when we finished fifth.  Justin and all the guys on the Lofton Cattle team have been working hard and are staying focused on the big picture with our championship run.  We have proven to be one of the strongest teams all season, and we don’t plan on giving up now.”

The No. 6 Lofton Cattle Chevrolet team will compete with chassis No. 049 as their primary truck at Iowa Speedway.  It is the same chassis the team utilized earlier this season in Iowa.  In that event, Lofton rolled off third and crossed the finish line in the fifth position.  More recently, Lofton and the No. 6 team utilized chassis No. 049 at Pocono Raceway where the championship contender drove to a ninth-place finish after rolling off 35th.