DECAIRE SPRINTS TO 417 SOUTHERN SPRINT WIN DESPITE NO POWER STEERING
February 13, 2021 – Punta Gorda, Florida – Troy DeCaire would not be denied a second consecutive Southern Sprint Car Shootout Series 2021 victory Saturday night despite the loss of power steering in the closing laps of his victory at 417 Southern Speedway.
When the green flag dropped DeCaire wasted no time charging to the front from his outside row two starting position. By the time he crossed the start finish line to complete the first lap, he had firmly established himself as the race leader.
He would go on to lead the 40-lap event wire-to-wire despite two late race double-file restarts that allowed LJ Grimm a brief opportunity to challenge DeCaire. DeCaire would go on to win the event by 1.371 seconds over runner-up Grimm.
In victory lane DeCaire explained he had lost power steering early in the race. ”I don’t know if a power steering line was leaking or something, its all over the car. Maybe I’m just old and got tired. I’m not really sure” explained DeCaire. ”I was struggling. I was getting a lot of wrap in the steering wheel. When I saw that yellow with three or four to go, I wasn’t happy to see that. You worry when you slow down because something might happen, and it might lock up. But the car was really good, and I never touched the wing. I can’t remember when the last time I done that”.
Following DeCaire was Grimm, Scotty Adema, Joey “The Ace” Aguilar, and Mike Tharp rounding out the top five.
With DeCaire’s win, he now finds himself undefeated in 2021 with 3 total winged pavement sprint car victories.
The event was also the only sprint car race contested in the state of Florida Saturday night as USAC Sprint Car events at Bubba Raceway and the “King of the 360’s” final at East Bay Raceway were canceled due to rain earlier in the day.
40-LAP FEATURE RESULTS
1. Troy DeCaire (36)
2. LJ Grimm (88)
3. Scott Adema (67)
4. Joey Aguilar (11)
5. Mike Tharp (J1)
6. Ryan Adema (92)
7. Travis Bliemeister (4)
8. Gary Wiggins (1)
9. Nick Andrade (3) 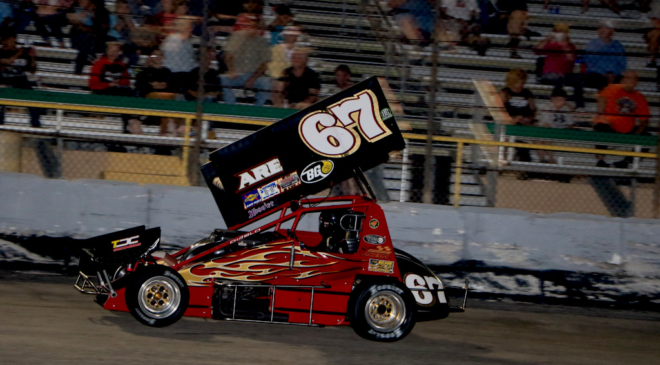 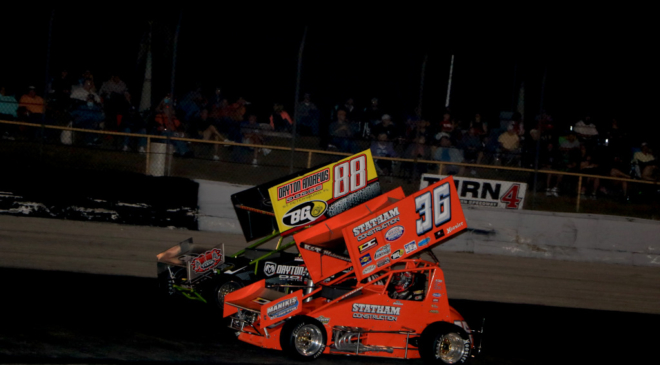 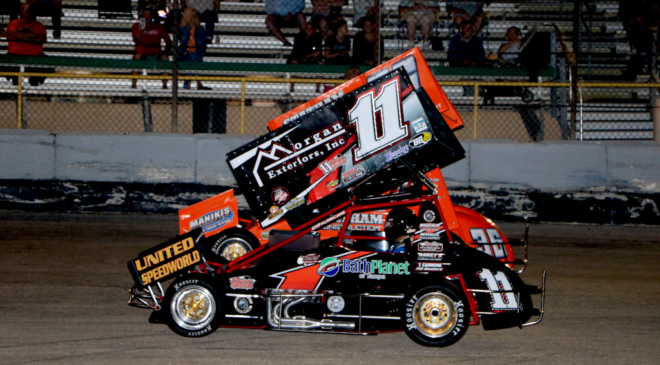 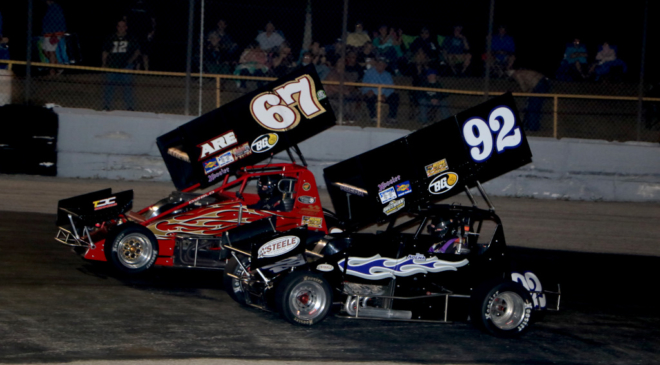 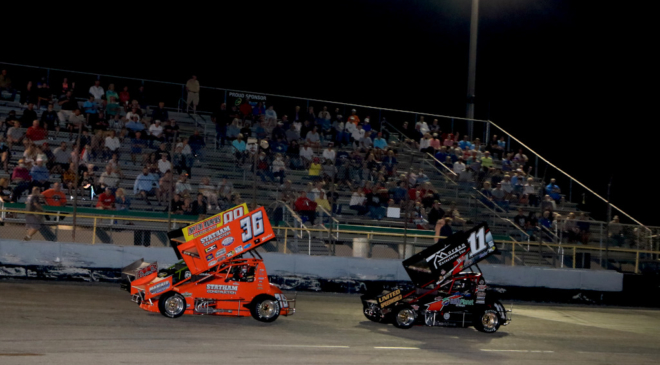 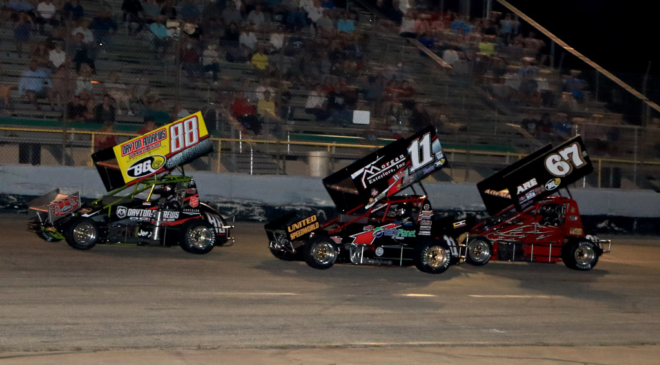 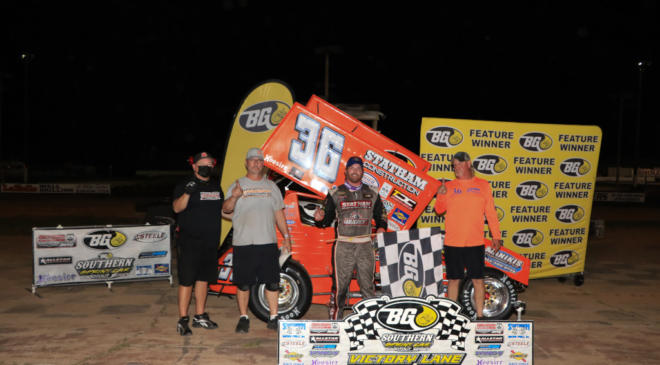