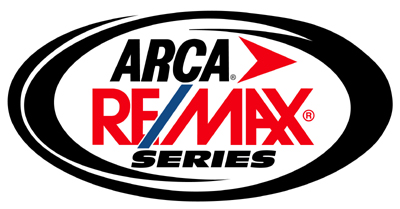 Bowman (No. 22 Cunningham Motorsports Dodge) leads Poole (No. 25 Venturini Motorsports Chevrolet or Toyota) by 15 laps over the course of the 2012 season’s first 18 races, 487-472. Bowman has led laps in a series-high 11 events, while Poole has led in seven.

Bowman’s top highlights this year, unsurprisingly, came in two of his three wins. At Salem Speedway in April, the 19-year-old from Tucson, Ariz. led 146 of 200 laps, including the last 60. He led 93 of 202, including the final 51, to win at Iowa Speedway in July.

Poole led 148 of 200 laps in his win at Elko Speedway in June, more laps than any driver has led in a single race this year. He then led over 70 in three of the next five races on the schedule, driving up front for 77 laps in a win at Pocono Raceway the next week, 72 at Winchester later that month, and the first 74 at Iowa in July.

Series points leader Chris Buescher is third in the award chase, having led 394 laps over eight races. Frank Kimmel (290 in seven) and Chad Hackenbracht (163 in six) fill the rest of the top five.

As scheduled, the two remaining races this season feature 199 total laps of competition.

Twenty-five drivers have led at least one lap while carrying the Aaron’s decal this season, with the top 11 all over 80 laps led.

The second dirt race of the ARCA Racing Series presented by Menards season is up next, on Sunday, October 14 in DuQuoin, Ill.

Practice for the Southern Illinois 100 presented by Federated Car Care will begin at 9 a.m. and last for one hour, with Menards Pole Qualifying presented by Ansell starting at 11:15. The 100-lap, 100-mile race will take place at 1:30 p.m. All times are Central. ARCARacing.com will feature live timing and scoring coverage throughout the day, and ARCA Racing Network hosts Charlie Krall and Tim Clagg will deliver a live audio call for the race on the site. The race had been scheduled for Labor Day, but was postponed because of severe weather in southern Illinois.

2012 is the ARCA Racing Series presented by Menards’ 60th Anniversary Season, featuring 20 races at 18 tracks. The complete 2012 event schedule is available at ARCARacing.com.